Cyclone Idai earlier made landfall near Mozambique’s fourth largest city of Beira, tearing through Mozambique’s coastal region and bringing hurricane-force winds, heavy rains and flooding to the provinces of Zambezia, Sofala, Manica and Tete. More than 1,000 people lost their lives as a result of Idai and thousands more have been injured or displaced.

One month later, Mozambique was struck by yet another tropical cyclone, Kenneth, resulting in the deaths of more than 40 people, displacing a further 21,000, and again damaging infrastructure critical for rescue and relief efforts.

Supported by PCCW Global’s team in Mozambique, TSF was among the first humanitarian organizations to reach Beira, which was only accessible by air in the wake of Idai’s devastation. Initially, one VSAT communications system was installed in the Matarara coordination center, from which relief operations to five surrounding communities were conducted. A second VSAT was also installed at the Médecins Sans Frontières (MSF) cholera treatment center in Mafambisse.

A further two VSATs provided by PCCW Global have been handed over to Mozambique’s INGC, enabling the organization to rapidly deploy critical communications for any similar emergency in the country. Training for INGC teams to be able to install and operate the equipment has already been scheduled.

Mr. Jean-François Cazenave, Chairman, Télécoms Sans Frontières, said, “PCCW Global’s prompt reaction and instrumental aid, since the beginning of our operations in the country, have been essential for the positive impact of our mission for the affected population. The situation on the ground has been very difficult since the beginning, with isolated areas hard to reach and a significant need for rapid telecommunication connections. The contribution of PCCW Global’s team on the ground has thus been very important for the success of TSF’s operations.”

TSF and PCCW Global have received an official letter of thanks from INGC Deputy General Director, Casimiro dos Santos Teresa Abreu, for providing communications support and Internet services for the organization during relief operations. 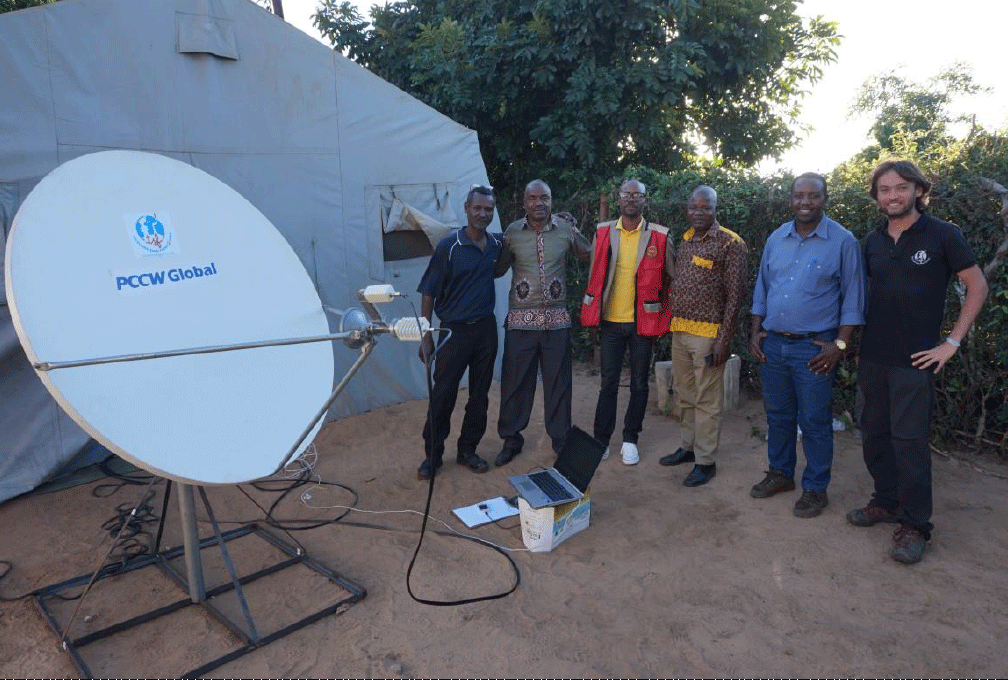